I Am Proud of Myself 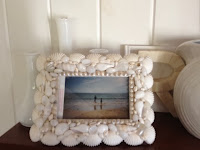 Yes.  I am pretty damn proud of myself.

Simply put, I am proud of myself for choosing this man, the Caveman, to be my son's father.  This is not something that I waiver on or wonder about.  The Caveman is a man who chose to raise another man's son.

And not just to get at me, but for the long haul.

The Caveman fell in love with my only child, the Hero, the exact moment that they met and they have shared a special bond since that  millisecond in August 1986 when the Hero still wore cloth diapers!  I can honestly say that if they had not shared this love affair separate and apart from the love affair shared by the Caveman and me, I would have had no problem moving it along.  I was never going to sacrifice the Hero for the love of an average man.

The Caveman had to be a superb super-human man who was willing to deal with not only my own special brand of insecure insanity but also the sideways glances of the Family who were already convinced I had--have--a unique form of mental retardation that affected my decision making skills resulting in me choosing to fall in love with Sgt. Airborne way back in 1977!

Sgt. Airborne was my best friend, my first boyfriend and my first love my first and only love until the Caveman came along.  Yeah, do the math people.  And oh, how I loved Sgt. Airborne.  He was smart and funny and well read and a linguistically gifted and STRAC soldier and a very well-documented liar.  And as a child he was horribly and brutally abused by a stepfather, so there was that.

No matter how much of a normal human being he tried to portray, the cray-cray was just underneath the normal waiting to bubble up to the top at the point of boiling.  That boiling point came about an hour after I brought Baby Hero home from the hospital.  I still had episiotomy stitches in me and he choked me into submission.  The rest is just ugly and embarrassing and not a testament to the woman I am.  Eventually, something snapped; he lost it; I split.

I must have been quite a site running from one terminal to the next in Chicago O'Hare Airport with a baby on my hip dragging a car seat and a broken stroller I call it My Own Private Vietnam because it felt like what I imagine the fall of Saigon was like to those mothers on top of the American Embassy and I HAD TO GET MY BABY ON THAT PLANE!  Fast forward to 30 years later, and we are still with the Caveman and Sgt. Airborne is honorably buried at Fort Sam Houston.  I pray he found the peace in death that he never knew in life. Seriously.

And anyone who knows us knows the rest of the fairy tale.  I fell deeply, passionately, head-over-heels in love with the Caveman; the Caveman's mother became the Hero's Nana and she now lives with us and I care for her in her old age; the Caveman's friends who are more like family to the Caveman then his own siblings ever have been or ever will be embraced both the Hero and me.

The Caveman gave all he had to give to us.  He gave us his heart, his hard working hands and his uncompromising moral compass and his never-say-die attitude.  What more could a woman want for her son?

So, when I say I am damn proud of myself, I speak from a place of absolute steadfast no-doubt certainty.

Darya, you did good, girl.