The Caveman woke-up in the middle of the night last month to me standing by the side of his bed. He was startled and concerned and he asked, "What is wrong, baby?"--well, really, first he said, "Jesus, Darya how long have been standing there?" And then, he realized I was not going to go away poor, Caveman and he figured he had better wake up and get up and pay at least a modicum of attention and figure out what the hell was going on with me that I should be creeping on him in the middle of the night.

I said it in the dark so that he could not see my tears and my fears and the knotted ball of anxiety inside of me, "I am petrified, Caveman. I did what I said I was going to do. I was big and brave and I made my Blue Sweater Day speech and now I do not have a job. I DO NOT HAVE A JOB. I have no place to go everyday and I do not have enough work to keep my mind busy and I do not have enough money to pay all that I need to pay. And what if there is no more work out there for me? And what if no one wants me?" Then, I listed about a million ridiculous, yet somehow plausible, what-if scenarios. And I gotta give the Caveman props for not swatting at me like a mosquito caught in his ear just so I would shut up.

Instead, he spoke very calmly and slowly like you would to a small retarded child, "DJ, I know you. You are going to get your hard-hustle on. You will get work and then you will have money and then your bills will be paid. And by this time next month, you are going to be telling me that you wished you had enjoyed this little bit of down time that you have right now because you will have hustled hard and you will have gotten a ton of work and all of your bills will be paid. Now, please go to bed and go to sleep or you will make yourself sick tomorrow. Pleeeeaaase." And that last part was said with the quiet desperation of a grown man who really just wants to cry because he knows his alarm is going off in about two hours at 4:00 am.

But I did not sleep, and a lot my Facebook friends can attest to that. Instead, I worried and I plotted and I strategized and I scenario-ized.

And then I got up and I got my motherfuckin' hard-hustle on. 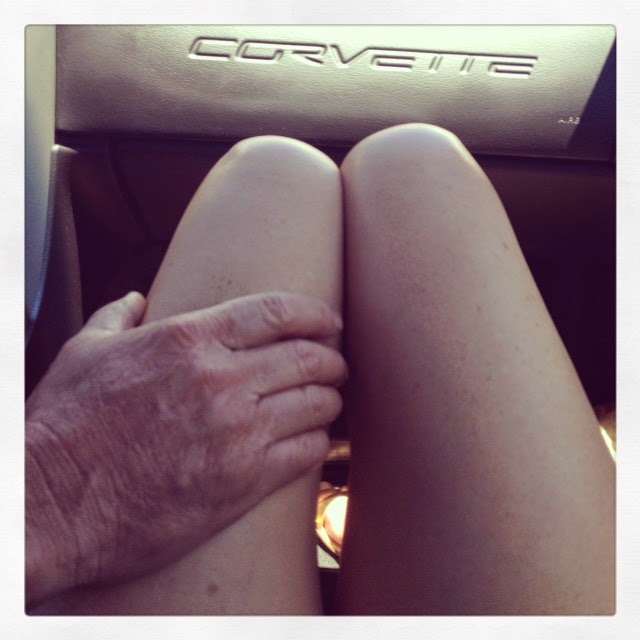 Well, lemmejustsay this about all that: The Caveman was entirely right. Yep. He totally called that shot--he pointed at the upper deck and he swung and the ball went right where he said it would. Because I am beyond swamped; I am overbooked at approximately 100%, and I am overcommitted to an 80-100-hour work week and I am working day and night and complaining night and day. And I really could not be happier and I am just so very proud of myself: The contracts are signed and the work is getting done and the checks are starting to come in. I am hustling hard, man.

And the Caveman was right...again. Thank you, God.