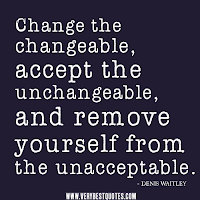 I was in the middle of a pre-Lenten lifestyle purge brought about by so many factors, I cannot eeeeven begin to enumerate much less begin to understand myself, so the idea of putting one clothing item each day for the 40 days of Lent into a large bag and donating the whole shit-and-caboodle dovetails nicely into my overall goal of less AND more, and let's be honest, it gets me closer to that "capsule wardrobe" I keep prattling on about.

And instead, more quality of life; more good food and clink-clink drink with loving supportive people; more stepping forward & giving a hug & stroking a friend's hair to say I care; more texts to check-up on friends (one gal pal plays mother hen to ME & has taught me this unabashedly & I am grateful); more laughing; more squatting, lunging and lifting especially my own ass, as in, off-the-ground, as in, just one GD pull-up; more strength (in all manner of the definition); more barbell work & more determination; more grace.

And, more kindness, and especially more mercy towards myself, because I have learned you cannot give away that with which you do not possess.

All this I know to be true regardless of what part of the liturgical calendar we happen to be celebrating or loathing depending on your point of view.

Maybe THIS really is my new year. Maybe I have beat my wings to exhaustion and it is time to break free and just change already--criminy!

Posted by xoxo Darya at 8:04 AM No comments:

So Pissed About to Be Pissed-Off

---WARNING---
Put the kids to bed or avert your eyes or change the channel because this is gonna be a straight -up old-fashioned Dennis Miller mother fuckin' rant directed like a heat-seeking missile at the lady driving the white paper-plated BMW XB from Universal City Century West BMW from last Tuesday morning.


Dear Lady in The White BMW:

I will not divulge your race nor your ethnicity because it is immaterial--you were a shitty selfish self-centered self-absorbed "driver" who was either talking on your phone via the speaker that is hand-held that special and somehow significant 8" from your right ear, you know, that magical 8" that somehow transforms any regular cell phone into a completely and totally hands-free model even though it is still in your hands! OR you were being advised of directions via Siri or Mapquest or Google or whatfuckingever.

Regardless, the results were the same.

You do not even possess the sense God gave a goose to realize that while you were riding gangsta-lean-style in the No. 1 lane of the Northbound 405 Freeway at the 710 Freeway at 6:50 am Tuesday morning all the while stopping, starting, talking, listening, and I am only assuming here, looking for your off ramp when you slammed on your brakes because that looked like your off-ramp you had just passed only to realize, whoopsie hehehehe, that it was indeed NOT your off-ramp and then there was squealing tires and the sound of cars colliding not once, but TWICE! Two car crashes for the price of one--well, honestly, who does not love a bargain in LA and besides, there is hardly any traffic or confusion heading LA-way that time of day!

And believe me, I am so unhappy and disappointed in myself for having allowed you to get to me in a manner that has reduced me to the level of THAT word. But, bravo, you did it *applauding slowly*.

Even Mr. Boston Red Sox Man with the No Fat Chicks bumpersticker, who felt the need to insert himself and his vehicle in the mere one-and-a-half-car-length's distance that I had between me and you, had the good sense to get the hell out of your way when he had to slam-on his brakes so hard that he pitched so far forward his back wheels left our precious planet Earth, you know, the place I'd like to stay for at least a couple more years, as if you could care.

Maybe it is your first language; maybe it is not--I really do not care, but I feel it is only remotely germane to my post to point out that you spoke English clearly enough to understand and obtain a California State driver's license on that oh-so-fate-filled day. But it takes more than that to be a good driver in California.

Oh, yes, it does. In spite of what the rest of the country thinks of us, moving en masse every single day the 40+ miles into LA City proper and points past when we are all already dealing with multi-sized trucks and rigs; motorcycles that are nearly the size of cars that need only a moonroof and two doors and are unlawfully lane splitting and illegally moving at three-times the flow of traffic is no easy feat.

It is people like you: Vapid, stupid, self-absorbed and poorly prepared drivers that will continue to provoke the stereotype of the head-up-their-ass-California-driver we possess.

And I resent the hell out of that.

You, my dear, are a moving menace. You might as well have been drunk or a suicide bomber for the havoc you caused and the danger you imposed on the rest of us. And yes, I was the one that honked at you and motioned for you to "hang it up and fucking drive," and that was after the second collision behind ME because of your self-absorbed and selfish driving behavior!

I sincerely hope someday you have a child and they are subjected to exactly what I had to endure today. Because you scared the hell out of me. I have friends and family that pick-up and put back together the damage you unwittingly and unknowingly, or perhaps even uncaringly, perpetrated as you drove along happily and clearly without conscience on our state's already overburdened freeway system believing, I can only imagine, that the laws do not apply to you.

God be with you, because you are going to need it at some point as I believe that God protects the weak of mind, In light of your bizarre and unbelievably disrespectful and completely irrational driving behavior, you will probably live alone with the cockroaches.